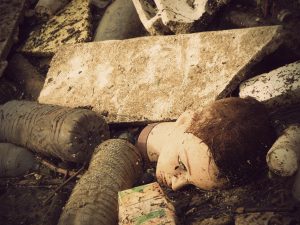 PALO ALTO IS NOT WHAT IT PRETENDS TO BE….

How many unsolved murders have been committed in Palo Alto?

Many, according to some who have taken the time to study police records.

It focuses on the enviable marriage of a successful couple, and their happily blended family. This lucky pair has everything those who live in Palo Alto dream about—money, success, good fortune.

Read “A Deadly Secret” to see the story behind the affable and benign face that Palo Alto puts out into the world….

Episodes run every day in the Palo Alto Daily Post, beginning on September 19, 2016.

Read them each day in the Palo Alto Daily Post, or sign up here to read episodes as they are posted online, the day after newspaper publication.

The detective was silent for a moment, and then she continued. “So tell me, Marcel. Was the murder of your wife premeditated, or was it just an impulse of the moment?”

I visited Jordan in jail. Unlike me, she didn’t have a seven-figure financial reserve with which to post bail. She smiled happily when she saw me, as she was led into the visitor’s room in her orange jump suit. She looked good in orange.

When she sat down behind the clear plastic divider, the smile turned to a glare.

With my wife’s death, I was rich. I’d inherited a chunk of her assets. Life was looking up. I was even starting to think about stepping into the dating world again. I couldn’t get that Russian detective out of my mind. I wondered if she go out with me. Nothing serious–just lunch.

The year before I killed my wife, I travelled to China on a Stanford alum travel study program that took us out along the Silk Road.

Then something strange happened. In a bizarre twist, it turned out that my girlfriend Jordan had been stalking not only me, but also my deceased wife. Security cameras at Carla’s Sand Hill office clued in the police. Apparently Jordan had followed my wife to work in her car, and parked outside the restricted lot.

“Look,” I said. “She has this fantasy that she and I are going to get married and ride off into the sunset. She’s nuts. She doesn’t understand that our relationship is just a fling for me.”

“She’s a stalker,” I said, “I look out the living room window at night into my yard, and see a person standing next to a tree, looking in the window. That’s her.”

In Silicon Valley, if you’re a true insider, you understand that crime pays. So the question for me was this: Could I pin the murder of my wife on my jealous girlfriend?

“Hedge funds buy businesses,” I continued, “Then fire people. And then when the businesses are lean and mean and making money, they sell them back to some sucker who will wreck them again.”

“Why do they do that?” Jordan said.

“Why do buzzards eat dead people?” I replied. “You grab the meat wherever you can find it.”

“Then marry me,” Jordan said.

She stared at me, then threw her kale smoothie in my face, and stormed out of the house. I don’t know why I have such trouble with woman.

What surprised me, after Carla’s death, was the battle over the money. The kids were upset that their mother had died, but they seemed more concerned with the will. How much was there, and where was it going? They immediately started fighting.

On the first day of hearings, my attorney’s partner, who was a woman, instructed me to stand courteously when the jury pool and others entered the courtroom, and not to sit with my back to people entering the courtroom.

Jail is nasty. They throw you in with drunks and drug addicts and all sorts of low-lifes. My lawyer had warned me it’s better not to sleep. When you sleep, he said, bad things can happen.

Who expects to get arrested for murder, even if I did bash my wife’s head with a rock, and push her into a gully to die, where she lay several days before they found her body.

But the cops were a little rough about it, and rather impolite.

As I read the “I Ching,” it told me that I was a man without a country, and in my future I would spend my life wandering….

My personal trainer, Jordan, with whom I’d been having an affair, was happy that my wife had died.

“Marcel,” he said, “You have a sociopathic personality. You can charm people in the short-term. But when they get to know you, they realize you have zero empathy. You don’t care about anyone but yourself.”

“My wife was a modern woman,” I said. “She felt that if men philandered, there was no reason she couldn’t do it.”

When my wife went off on business trips or to conferences, she slept with various guys she met. That was part of her recreational attitude towards romance.

“So what happened to your marriage?” I asked. I was guessing she had told me a lie about not being married.

My wife’s therapist asked me to visit her office. I wasn’t happy about that.

Oxana’s father had beaten up her own mother; and the first thing her mother had done when she got U.S. citizenship was to divorce her father.

“The privileged and aristocratic classes have always philandered,” she said. “It’s part of our economic status. “

The detective looked at me. “Do the two of you sleep together?” she asked?

I left the appointment feeling unsettled. What kind of shrink would ask you if you killed your wife?

“You’re just not a good businessman,” my wife said to me. “You’ll be better at home wearing an apron and taking care of the house.” Download Episode 5

It’s just that my wife was incredibly difficult to get along with. If you’d had to live with her for eight years, you’d understand. You’d probably want to kill her, too. In fact, I’m certain of it.

“What am I doing in this marriage, with this angry woman, who is always criticizing me, and making my life miserable?”

My wife was missing for a few days before they found the body. There was some concern during those few days, but not too much.

“When I killed my wife,” it was the first murder that had occurred in Palo Alto in four years….”