With the approach of Christi and JJ’s wedding, Miranda began to reflect on the fact that she’d never gotten married.

But her life did not unfold that way. The man she fell in love with, Guy, and lived with for five years; told her one night that he was gay, and that their relationship had to change. 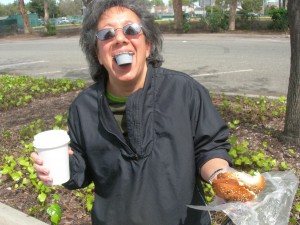