Miranda was fascinated by the story of the Chinese-born woman, now living in Palo Alto, who was working as her foot reflexologist.

“I was a medical doctor in China,” her new friend Daisy explained. “But here I am a foot reflexologist.”

“My father was a professor of chemistry at the university,” Daisy continued. “During the Cultural Revolution, he was put in prison, and I was sent to a collective farm, when I was 13 years old.”

“Because I had some education,” she continued, “They made me the public address announcer for the farm. So I spoke on the loudspeakers that all the workers would hear during the day and night, giving them instructions.” 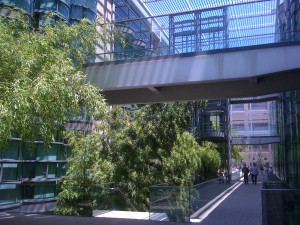